Home » Blog » A New World for Alberta… the very slow move away from Oil.

A New World for Alberta… the very slow move away from Oil. 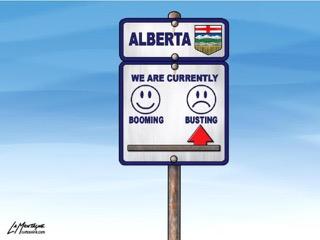 A New World for Alberta… the very slow move away from Oil.

Here in BC we have looked towards Alberta as a low cost tax competitor for years. In BC we were happy to advertise that we have the lowest personal tax rates but we know that we cannot compete with Alberta whose tax system is subsidized by Oil and uses flat tax rates and the lack of sales tax to attract those seeking the benefits.

However using Oil to subsidize Alberta’s tax system has been attacked often by those comparing their Heritage Fund which started later than Alberta’s but is now approaching 1-Trillion Dollars (compared to Alberta’s 17-Billion).

Under their new Premier Jim Prentice change started to arrive, though modestly…

Premier Prentice has reintroduced a healthcare levy which was eliminated in 2009. For individuals earning under $50,000 the levy will not apply, but those above will see costs of up to $1,000 per Individual! (That means it could be $2,000 for a double income earning family). Compare that to BC where the top a family may pay is $1,728 ($144 x 12). However, it is nothing to brag about as the phase in for BC families is much faster than those in Alberta.

The most significant change though was ending the holy grails of Alberta Tax. The flat tax rate for individuals. No longer will the top and only Alberta Tax Rate be 10%. Through a phased in approach there will now be two rates in Alberta (and for a temporary period three).

Other revenue changes include: