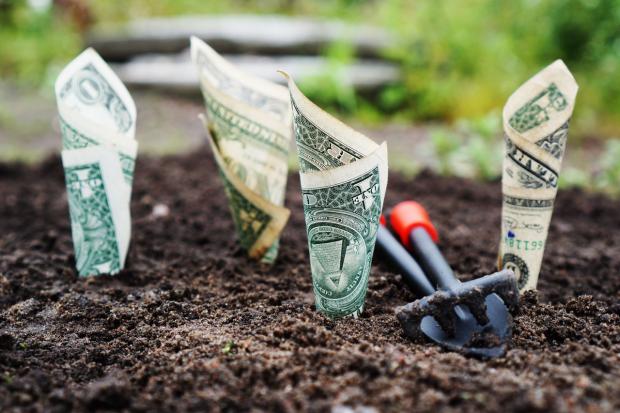 From the Speech by the Finance Minister

“Mr. Speaker, I have been very fortunate in my life to have had a successful career in business. And I’ve always paid my fair share of taxes. But it can be tempting for some to take someone’s advice here, and plan a little more strategically there. Our review of federal tax expenditures, for example, highlighted a number of issues around tax planning strategies using private corporations. Strategies that can result in some very wealthy individuals getting unfair tax breaks at the expense of others.

Mr. Speaker, Canadians expect a fair tax system. Our Government is committed to taking action on this issue, and we will have more to say on this in the near future. We also gave the Canada Revenue Agency more resources to detect, audit, and combat illegal tax evasion and aggressive tax avoidance. [NOTE: The budget simply says tax cheats… much broader than what the Minister says]

Going forward, we will close loopholes that result in unfair tax advantages for some at the expense of others. We will eliminate inefficient tax measures, especially those that disproportionately benefit the wealthy. And we will work with the provinces and territories to crack down on those who hide their identity to avoid paying taxes.

Because, Mr. Speaker, let me be clear: All Canadians must pay their fair share of taxes. Period.“

Last year I met Archie (not real name) who came in to our Vancouver office to discuss his tax filings. He really wants to buy a home for his young family and he makes a good income…. about $300,000 a year. I told him that the income is good but the problem is that it not enough to generate the capital he needs to buy a house and build wealth. See Archie works hard but he is also the only earner in his family. On the $300,000 he made the net is about $175,000 after taxes and his $25,000 RRSP contribution. A good sum of money but he also gets no support from government or any other body he deals with because he is a high income earner…. You know the 1%! Assuming living costs for school (private with no subsidy) and everything else he may end up with $60,000 in savings. This is a good savings but when looking at saving for retirement it probably needs to be put aside for future. As for his dream of buying a home in Vancouver (one of the greatest wealth generating activities possible) he is out of luck and will be a renter. He could work harder but with half of all additional income going to taxes he will have to earn a lot more!

So tell me… Are both Archie and Veronica part of the 1%? If you look at the government of Canada the answer is yes! If you look at the popularizers of the 1% fight (Adbusters) the answer is no, just Veronica is! (Note: I volunteered with Adbusters in University but left after feeling disillusioned). The 1% was originally an argument that was meant to apply to the distribution of wealth, but governments have used the 1% to support their argument for higher taxes on income.

So here is my issue. When Finance Minister Bill Morneau or Prime Minister Justin Trudeau (both likely members of the wealth 1%) talk about going after the 1% and defining this by income they are not only trying to raise more money but they are also making it more difficult for those trying to create wealth to reach the 1% of wealth by building capital. You could say the Prime Minister and Finance Minister are helping to widen the moat around the 1% of wealth people by making it harder for people to join them (or push them aside).

To be clear I am not favouring an implementation of an estate tax as I believe the deemed disposition rules of the Income Tax Act are effective (but can be very harsh on those trying to create wealth by saving in RRSPs) and I think the US estate tax regime is a mess. What I am trying to highlight is that defining the 1% based on income and criticizing those who are wealth creators by alluding to them as tax cheats and not paying their fair share only works to protect those enshrined in the 1% (wealth).

What I would like to see during the finance ministers review of the tax system is a full revisit of the tax rate system as well as the joint filing framework. In the USA the top rate for a married filing jointly couple starts at an income of $466,951 USD. In Canada, if you have a married couple with one earner you can expect to hit the top rate at around $202K CDN. (Yes… there is a lot more to the comparison and a straight on comparison is not accurate but it does give an idea to start a discussion).

What I do not want to see is more funds to go after compliant tax payers which only increases the costs of compliance as well as a ‘crack down’ on those who are trying to build wealth the same way those with the wealth did. Let us keep the playing field ‘fair’ and not build a moat to protect the wealth of the Morneau and Trudeau families but to instead allow others to join them.

(Disclosure: In my practice I focus on empowering my clients to build multi-generational legacies that generally require the ability to create wealth. I also represent several wealth creators and members of the 1%. I believe that wealth is neutral, what matters is how a person allows it to impact them).

For a fun summary of what happens when you tax the wealth too much read here: http://www.theglobeandmail.com/globe-investor/personal-finance/taxes/how-splitting-the-dinner-bill-relates-to-tax-cuts/article24441644/

Michael Sadovnick CPA, CA, FEA is a wealth creator and an advisor to those who wish to build wealth, multi-generational legacies and/or preserve their wealth. He is also a Partner at Sadovnick Morgan LLP an accounting firm started by his Dad. He works in both Edmonton and Vancouver. This post is purely representative of Michael’s opinions and may not necessarily reflect those of the firm or the others who work hard on a daily basis for their clients.

Stories have been adjusted for the purpose of the narrative.